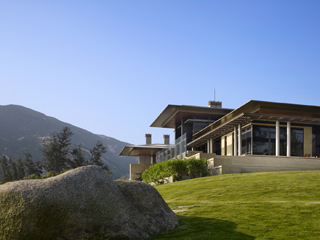 Photos by Benjamin Benschneider [enlarge]
The design team for the 14,000-square-foot home was led by Seattle architect Jim Olson.

When Jon Brenton accepted architect Scott Allen's offer to do a project in China, he figured a change of pace wouldn't be a bad thing.