Justen: new waterfront will be ‘transformative' 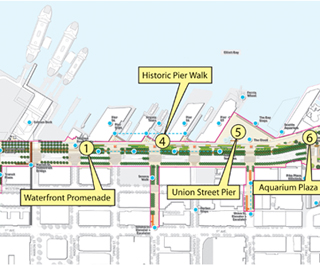 [enlarge]
The city doesn’t want a wall of tall new buildings blocking views of the water and access to the rest of downtown after the waterfront is redeveloped.

Seattle's waterfront may become a great place for the community, but don't expect the planned redevelopment to bring a lot of new buildings to the area.