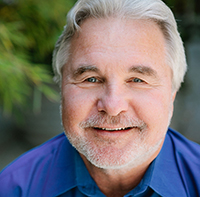 Scott Thompson, one of the founders of Seattle architecture firm Weber Thompson, is retiring.

Weber Thompson said in a press release Scott plans to retire at the end of the year. Thompson founded the firm with Blaine Weber and Kristen Scott in 1987.

Over the past decade, Thompson has focused on mixed use and commercial projects in dense neighborhoods like the Terry Thomas Building in South Lake Union, where Weber Thompson is now headquartered, and Sunset Electric, a Capitol Hill apartment building that recently sold for nearly $42 million and was also the DJC's 2014 Building of the Year.

“The firm is really flourishing and doing what I believe is some of our best design work. I knew that when I retired, I wanted to go on a high note, and it just feels like the right time,” Scott said in a statement. “We have a gifted team of architects, interior designers and landscape architects and I'm excited to see where Blaine, Kristen, Jeff, Amanda and Elizabeth take the firm. I truly believe the sky's the limit for this talented group.”

Weber and Thompson's relationship goes all the way back to high school when they were surfing buddies in Hawaii. They studied architecture together at the University of Hawaii. Thompson eventually graduated from the University of Washington. Later, they reunited in Seattle and decided to start an architecture firm. Scott was the company's first employee.