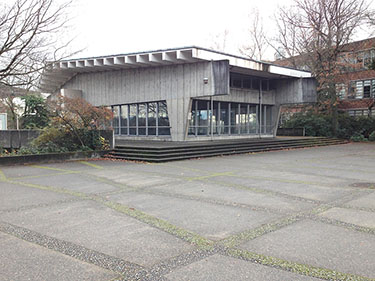 Historic Seattle will hold a “celebration of life” at 5:30 p.m. Aug. 9 for the Nuclear Reactor Building, which the University of Washington demolished in July.

Historic Seattle said the passing of this historically and architecturally significant building ends a years-long battle between preservation advocates and the UW.

The university plans to replace the building, officially named More Hall Annex, with a new computer science and engineering building.

A 2008 story in The Seattle Times said the annex opened in 1961 and once housed a small nuclear reactor surrounded by glass walls. The reactor stopped operating in 1988, and the fuel rods were later removed.

Docomomo WEWA and Washington Trust for Historic Preservation are also sponsoring the celebration at the annex site. For directions, go to http://tiny.cc/zu7gdy/.

Attendees will go to a local pub afterwards.