Metropole Building in Pioneer Square to become hotel, with some ‘micro’ rooms 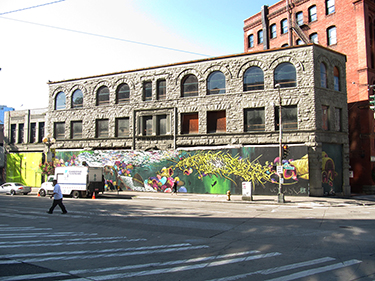 Photos courtesy of BuildingWork [enlarge]
Seneca Ventures acquired the 21,500-square-foot structure last year for $4 million. BuildingWork of Seattle is the architect for rehabilitation. 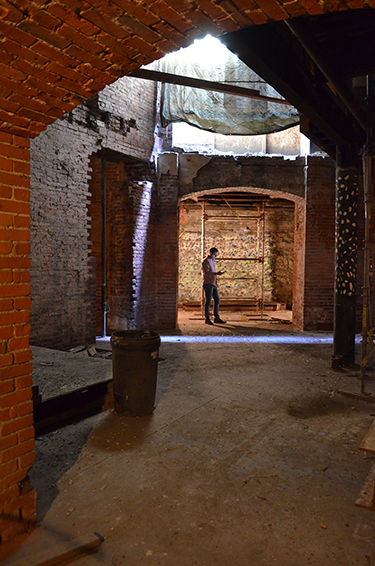 The Metropole Building in Pioneer Square is 123 years old and looking worse for the wear.

The three-story office and retail building at Yesler Way and Second Avenue Extension South was damaged by fire in 2007 and never fully restored.

It is vacant and boarded up today, but that could soon change.

The new owner, Seneca Ventures, wants to restore the historical building and turn it into a boutique hotel with dining and retail.

Seneca Ventures acquired the 21,500-square-foot structure last year for $4 million. BuildingWork of Seattle is the architect for rehabilitation.

BuildingWork owner and principal Matt Aalfs said the hotel would have 36 guest rooms. About half of them would be “micro private rooms” for single or budget travelers. The micro rooms would be 120 square feet but have their own bathroom. Standard rooms would be about 220 square feet.

The lobby would be midway along the block on Second Avenue Extension South. A restaurant is planned for the north corner of the triangular-shaped building, at Yesler. Two retail spaces are planned south of the lobby entrance.

The building includes an adjoining two-story structure, which will have a rooftop terrace for guests.

Aalfs described the current state of the Metropole as “a ruin.”

A Seattle Times story from 2011 describes how remodeling work started following the fire but halted halfway through, after payments from the insurance company stopped arriving.

Some abatement and demolition work had been performed, Aalfs said, “and then it just stopped.”

Aalfs said BuildingWork is getting ready to apply for building permits from the city of Seattle, and is seeking a certificate of approval from the Pioneer Square Preservation Board. He’s scheduled to brief the board on the plans at 9 a.m. on Aug. 17 at Seattle City Hall, Room L280.

Aalfs said the interior was never ornate but historical elements such as exposed stone, brick and timber beams can restored.

Rehab will also include seismic work such as new lateral shear walls and steel moment frames.

Before that can begin, the team is seeking approval from the National Park Service to get federal historic preservation tax credits. The tax credits will play a big role in financing, Aalfs said.

Seneca Ventures is also working with BuildingWork to rehabilitate the J&M Hotel Building at 201 First Ave. S. in Pioneer Square. Construction could begin in September. Chinn Construction is the general contractor.

Like the Metropole, the J&M is slated to become a hotel. The upper floors have long been vacant.

Aalfs said the owners plan to operate the J&M and Metropole as one hotel with two buildings.