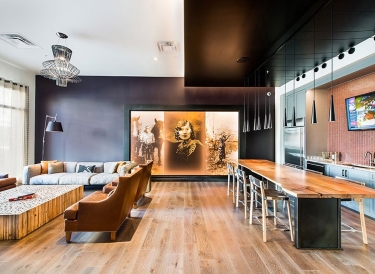 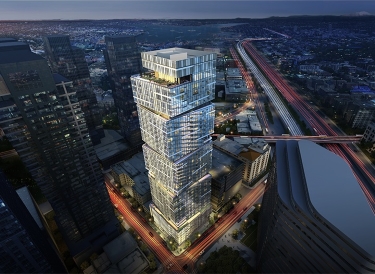 [enlarge]
Nexus is under construction at 1200 Howell St. in Seattle.

Weber Thompson said two of its projects won merit awards in the 2017 Pacific Coast Builders Conference Gold Nugget Awards, which focus on design and planning. Winners were chosen from 630 entries from around the world.

Weber Thompson won for Nexus, a 41-story condo tower that The Burrard Group is developing at 1200 Howell St. in Seattle. It will have 382 units and 3,658 square feet of retail space. Occupancy is scheduled for mid-2019.

Weber Thompson is the architect, landscape architect and interior designer on Nexus, which won for “best on the boards multifamily community.”

Gunbarrel Center won in the category of best multifamily community with 18-30 dwelling units per acre.