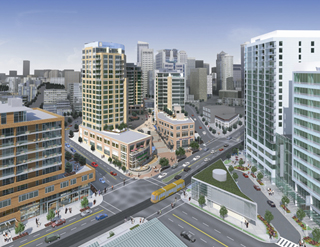 Attention general contractors: The South Lake Union neighborhood is busting at the seams with projects and more are coming. Vulcan Inc. is developing many of them, including Amazon.com's new headquarters.

Here are some ideas for those wondering how to get a piece of the action.

To get in with Vulcan, contractors must navigate a two-prong system, according to Sharon Coleman, the company's director of real estate development. It starts with a round of requests for qualifications and for proposals.

Coleman said Vulcan is continually refining its contractor selection process. She said there are typically eight or nine generals competing on Vulcan projects, but that number can shrink on specialized projects, such as biotech facilities or historic renovations.

“We pretty much know all the general contractors that are able to work on our projects,” Coleman said.

In the RFQ stage, Vulcan checks out the background of each firm, along with their project team and staff members' experience. Coleman said one important area is experience with sustainable and LEED projects.

Vulcan narrows the RFQ list, usually to three or four firms, and sends each a request for proposal.

“The first step is really devoid of economics,” Coleman said.

The RFP step is much more detailed and focuses on economics. It includes the project schedule and a copy of Vulcan's AIA contract, which Coleman said has fewer ambiguities than the standard AIA construction contract.

“We're trying very hard to have a selection process that works for both us and generals,” she said.

Vulcan uses 12 criteria in the RFP stage to help it select a winner. They are:

1. Reconfirmation of the project team and members' roles

3. The proposed fixed fee as a percentage of the cost

4. How much work the general will self-performed and the cost

8. An estimate of general conditions or what it's going to take to run the job, such as trailer costs and number of personnel

9. Qualification exclusions to Vulcan's contract, including anything the general might take exception to, such as the substantial completion date

Coleman said Vulcan's goal is to expose potential problems early so there are fewer problems during and after construction. The process helps contractors “understand what we're working for,” she said.

Bryce Taylor, director of business development at Lease Crutcher Lewis, said Vulcan is one of his firm's key clients. He said his firm has built about a half-dozen projects for Vulcan and is now working on the first phase of the Terry-Boren project, which is being developed by Vulcan and Schnitzer West.

“They look for a partner that is innovative and understands their business as well as ours,” Taylor said. “They are very similar in terms of our business model.”

Taylor said Vulcan is not bottom-dollar driven but does seek value in cost, schedule, risk and the project team.

“Vulcan truly cares about everyone being successful,” Taylor said.

Even though Vulcan typically works with the same bunch of generals, Coleman said it is open to others, including out-of-towners, if they open a local office. “They would have a lot of tough competition in this town,” she said.

Vulcan has six major projects under way in South Lake Union, including the 11-building Terry-Boren development, which will have as much as 1.6 million square feet of space for Amazon and other tenants. The first phase includes two new buildings and a restoration of the Van Vorst building.

Coleman said Vulcan has other projects slated for South Lake Union, but can't talk about them yet. 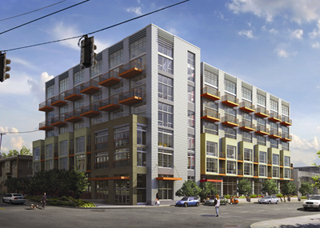 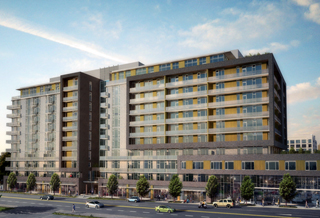 240,000-square-foot building with 208 environmentally friendly, SoHo-style lofts and nearly 25,000 square feet of retail at the northeast corner of Westlake Avenue and Denny Way.

33,000-square-foot building with about 2,500 square feet of retail and 50 affordable apartments on the corner of Denny Way and Dexter Avenue.

Up to 11 buildings with as much as 1.6 million square feet of office and about 100,000 square feet of retail space along Terry and Boren avenues between Mercer and John streets. New home for Amazon.com.