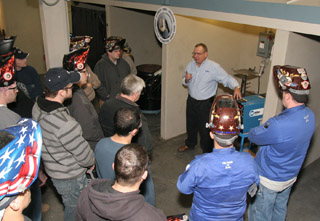 WHEN National Guardsman Bill Gaertner returned to Bremerton in June after a year of deployment to Iraq and Kuwait, he expected to return to a civilian job in warehouse operations. But before he got home, he learned about a pilot program starting in Lacey that would train him for a career in construction.