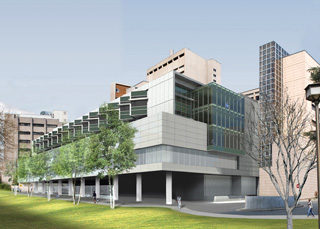 Images courtesy of the UW Capital Projects Office [enlarge]
The $165 million first phase of the UW Medical Center expansion is due to be completed in January of 2012.

The amount of construction on the University of Washington's three campuses belies the depth of the recession in Washington state.