Scargo Hotel will get a renovation 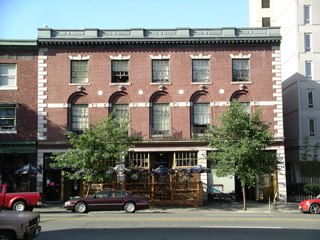 Plymouth Housing Group wants to renovate the nearly century-old Scargo Hotel at 2709 First Ave. in the Belltown neighborhood of Seattle.

A budget hasn't been set, but a company official offered a “ballpark” figure of $4 million for the work.

Plymouth manages 48 low-income, single-room-occupancy apartments on the second and third floors of the hotel. The ‘Ohana restaurant and Plymouth offices are on the ground floor. Each floor is about 6,600 square feet.

Plymouth will keep the residential layout, but will refinish the units and install new doors and windows. Plymouth also owns another SRO property next door, the Lewiston Hotel, and the wall between them will be opened to connect the residential levels of both buildings.

Once that is finished, the residential entrance to the Lewiston will become an emergency exit and tenants in that building will enter through the Scargo.

‘Ohana will stay on the ground floor, community space will be created for tenants where the offices were, and the basement will be renovated for Plymouth staff.

The Scargo also will get an elevator, seismic improvements and a refinished exterior.

Tenants will be relocated during construction and given the opportunity to return when the building is finished in August of 2010. Construction is expected to begin in early October.

Stickney Murphy Romine is the architect and Armour Unsderfer Engineering is the structural engineer.

Plymouth is seeking a general contractor and is accepting statements of qualifications until July 9. Pre-qualified contractors are expected to bid on the project in mid-August.

For more information, see the June 22 public notice in the DJC.