City to start construction in 2016 on $210M Denny Way substation 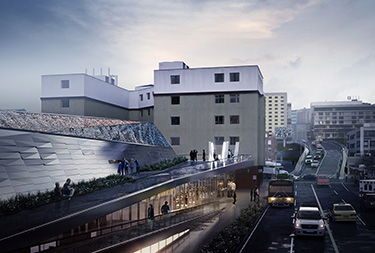 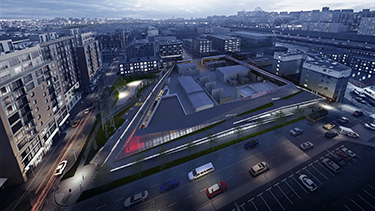 [enlarge]
The substation eventually could have nine transformers up to 22 feet tall in the interior yard, but they wouldn’t be visible from the street.

Construction is slated to start in the second quarter of next year on the $209.5 million Denny Substation at Denny Way and Stewart Street in South Lake Union.

The City Council's transportation committee will hold a public hearing at 5:30 p.m. July 30 at Belltown Community Center, 415 Bell St., on two topics related to the project: a petition by Seattle City Light to acquire the Pontius Avenue North right-of-way between Denny Way and John Street; and a master use permit allowing the substation in a mixed-use zone.

Michael Clark, City Light's program manager for the substation, said it would distribute electrical power to North Downtown, provide back-up power to other substations and support the regional transmission grid.

City Light said final design is almost complete. The substation is expected to be done in the second quarter of 2018.

The design shows a structure with sloped walls, metal cladding and glass panels that glow at night. City Light said sloping the walls inward reduces the size of the building at street level, and leaves more room for pedestrians.

An “interpretative pedestrian walkway” would wrap the exterior. It would be elevated along Denny Way and descend toward John Street.

The footprint is 120,000 square feet. Open space on the site would include an off-leash area along Minor Avenue North and a 3,800-square-foot community space programmed by Seattle Office of Arts & Culture. A 2,900-square-foot learning center would be on the Denny Way side.

Utility equipment would be inside, mostly hidden from public view.

Eventually, the substation could have nine transformers up to 22 feet tall at grade in the interior yard, but they wouldn't be visible from the street.

No overhead wires would come in or out of the substation.