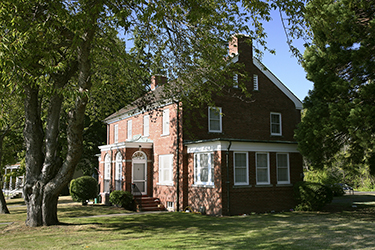 Photos from Rise Properties Trust [enlarge]
The neighborhood will be split into two enclaves: Montana Circle and Officers’ Row. Homes will range from two-bedroom duplexes to the 6,600-square-foot General’s House.

By the end of the month, Rise Properties Trust will begin restoring 26 former military homes on a 9-acre site inside Seattle's Discovery Park.

The officers quarters were part of Fort Lawton, a military base that closed in 2011. Rise will sell the housing after the restoration.

The company said sales information won't be available until this fall.

Rise must follow guidelines set by the city's Landmarks Preservation Board. The colonial revival structures are about 110 years old and listed on the National Register of Historic Places.

The neighborhood will be split into two enclaves: Montana Circle and Officers' Row. Homes will range from two-bedroom, two-bathroom duplexes with 1,700 square feet to single-family mansions. The largest will be the 6,600-square-foot General's House, with six bedrooms and four bathrooms.

Thirteen houses in Montana Circle are expected to be finished in phases, beginning this fall. It has six duplexes that housed enlisted soldiers and a single-family home used by the hospital steward.

Officers' Row will be finished next. It has six duplexes used by officers, along with the General's House.

Rise Vice President Gary Blakeslee told the DJC earlier this year that prices will be comparable to updated homes of similar sizes in Magnolia. More details are expected this fall. 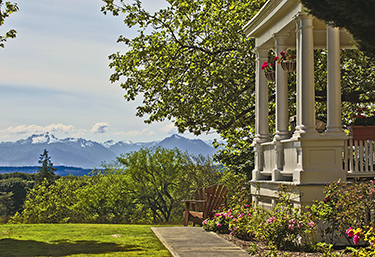 The 534-acre Discovery Park occupies most of the former Fort Lawton site overlooking Puget Sound in Magnolia. It has two miles of beaches as well as meadows, sea cliffs, forest groves, sand dunes, thickets and streams.

Rise is a private real estate investment fund that acquires and repositions properties in the Seattle area.