Bertha gets her shield on 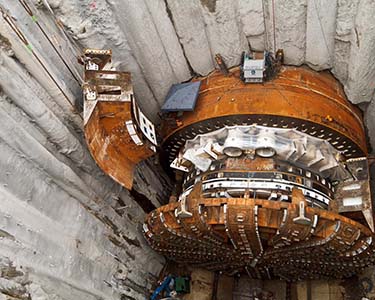 (Editor's note: An earlier version of this article indicated Mammoet was a Danish company).

The two chunks of metal weigh nearly 100 tons each. Some time this week, the larger 270-ton piece will be reconnected behind the stalled tunnel machine's cutterhead.

Bertha broke down in December 2013 after overheating about 1,000 feet along its 9,270-foot route. Officials hope to resume tunneling Nov. 23 and finish in about 12 months.

STP's latest schedule has the tunnel opening in spring 2018, 27 months later than the original schedule.