Bertha's pit stop should be over by Thanksgiving 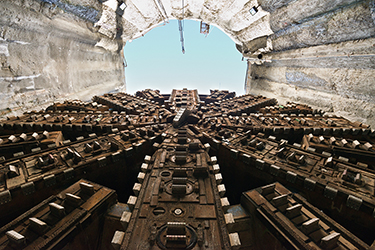 Don't blink — in a month Bertha will disappear and you won't likely see the tunneling machine again for another year.

The latest schedule from August shows crews from Seattle Tunnel Partners next week will take measurements of the machine's front body, cutterhead and seal gaps. Later this month they will test the center agitator, cutter equipment and other systems.

On Nov. 3, STP will begin backfilling the rescue pit to 4 feet above the machine's crown. A week later, crews will add more fill.

Systems will be tested again after the machine is covered with fill, then Bertha will resume tunneling on Nov. 23.

On Jan. 19, Bertha is expected to reach Safe Haven 3, the final stop before tunneling below the viaduct. It is scheduled to leave Safe Haven 3 on Feb. 12 after STP makes sure everything is in proper working order.

Bertha is expected to finish tunneling in late November next year. The schedule indicates the tunnel will open to traffic on March 9, 2018.

The tunnel opening is more than two years behind schedule.