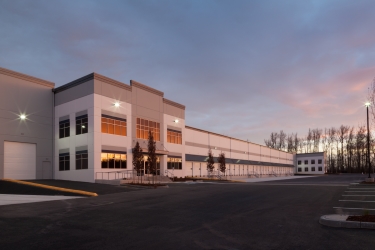 The tilt-up warehouse was built by Sierra Construction Co., with Innova Architecture as the designer and AHBL as the civil engineer.

Known as Building A, the warehouse is the first phase of the 2.4 million-square-foot industrial park. It has 109 dock doors and eight at-grade doors, a 32-foot clear height, ESFR sprinkler system, dock seals and bumpers, truck canopies and employee-friendly entries. There also are 191 parking stalls and 20 trailer parking stalls.

John Sullivan and John Gilliland at CBRE are the leasing agents.

Norway-based Helly Hansen will make the new building its North American distribution headquarters, according to Tarragon.