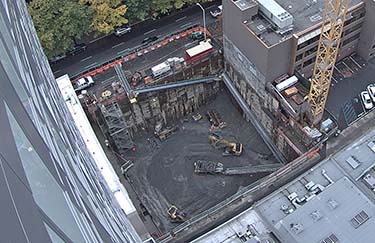 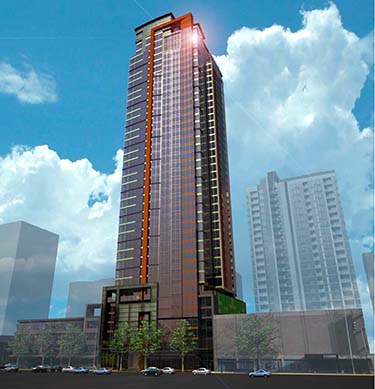 PCL Construction Services has started work on the 41-story high-rise in Belltown that was formerly called Potala Tower.

The project at 2116 Fourth Ave. stalled in summer 2015 after the Securities and Exchange Commission accused developer Lobsang Dargey of misusing federal EB-5 funds.

The project is now owned by a joint venture of The Molasky Group of Companies and Binjiang Tower Corp., which was an original investor in Potala Tower.

The new owners decided to continue the project as originally designed for Dargey by Weber Thompson.

PCL expects to finish shoring and excavation work in the coming weeks.

The tower should be finished in January 2019.

Binjiang Tower is a wholly owned subsidiary of Hangzhou Binjiang Real Estate Group of China. Molasky is based in Las Vegas.