Work halted on church near 9/11 site in NYC 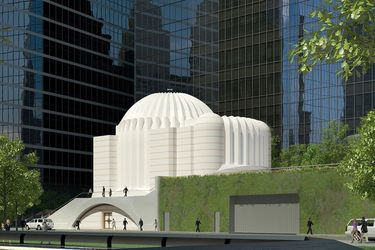 NEW YORK — Construction on a Greek Orthodox church to replace one that was crushed in the Sept. 11 attacks has been temporarily suspended amid rising costs and questions over how donations have been managed.