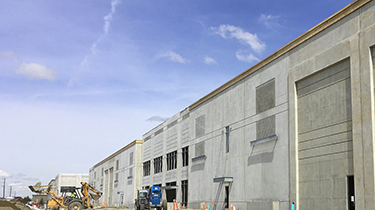 Photo from Hughes Marino [enlarge]
The storage company Clutter picks up and returns items on-demand. Each item is photographed. Customers can use phones to check on their stuff and request deliveries.

Storage company Clutter has expanded its warehouse space three times since it started operations in the Seattle area 16 months ago.

Now the Culver City, California-based company will expand for a fourth time, trading 25,000 square feet of warehouse space in Kent for 104,000 square feet in Des Moines.

Clutter was founded in 2015. It picks up, stores and returns customers' belongings on-demand. The process involves photographing each item and creating an online inventory so customers can see on their phones what's in storage and request a delivery.

“Clutter's graduation to this new, larger warehouse signals our rapid growth and the extent to which Seattleites have embraced our service,” said Allie Martin, Clutter's marketing and communications manager, in a news release.

Clutter plans to move into the leased space — the final phase of Des Moines Creek Business Park at 21215 International Blvd. — next month. The site housed Furney's Nursery for more than 70 years before it was sold.

Panattoni Development Co. is redeveloping the site and adjacent parcels in four phases. One of the parcels will house new offices for the Federal Aviation Administration.

Sierra Construction Co. is building the fourth phase and Craft Architects is the designer.

A flyer for the park says there is only 36,000 square feet are left, with leasing rates of 59 cents per square foot for the shell and $1 for an office add-on.

Owen Rice and Gavin Curtis of Hughes Marino represented Clutter on its lease.