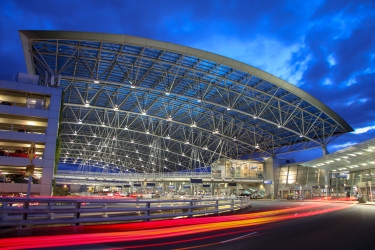 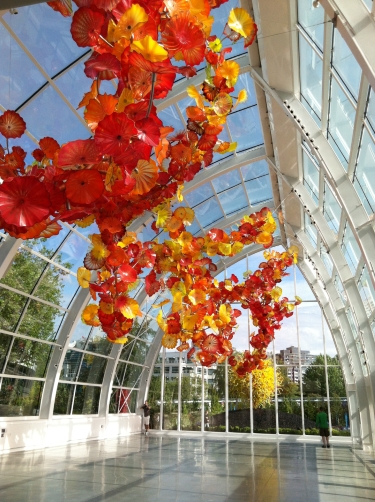 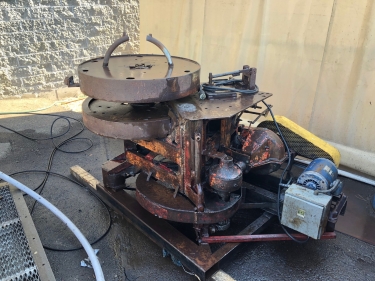 [enlarge]
This old-time bending machine could soon be a display piece at Albina’s plant in Oregon.

In the late 1930s, John Smith was looking for a better way to bend steel.

His solution was to pull the transmission from a 1920s Ford Model T and use it to roll and bend steel of many shapes around a drum — resulting in a smooth, finished product.

That machine remained in use at Albina Co.'s Portland plant until the 1990s when it was finally replaced by more modern, efficient equipment.

Although the Model T bending machine has been collecting dust and rust outside the company's new plant in Oregon for a couple decades, Smith's grandson, Brian Smith, plans one day to clean it up as a tribute to his grandfather's entrepreneurial spirit.

Albina Co.'s modest beginnings in the 1930s have gradually grown in the last 80 years — from a small plant in Eastside Portland's Albina district to a 50,000-square-foot plant in the Portland suburb of Tualatin, with 30 pieces of modern steel bending equipment and 40 employees.

Brian Smith, who started working in the family business when he was 17, has risen to president and has been managing the company since 2000 after years of learning the ins and outs of the business, from estimating projects to sales and purchasing.

Business couldn't be better, he said.

“2017 was solid, and 2018 is going to be a fantastic year, maybe our best,” said Smith. “The business we've established is very good. If there is a project in which steel needs to be bent, there's a good probability we're going to be doing it.”

“Yes, steel can be sexy,” according to Albina's website, and that curvy appeal can be found in everything from architectural and structural bent steel, to ornamental steel and manufacturing parts, the site says.

Smith said about 60 percent of Albina's work is for construction projects such as the Amazon Spheres, and about 40 percent is work composed of manufactured parts, including handrail packages, component parts and other custom work.

On projects such as the Amazon Spheres, Smith said Albina's work saved Supreme Steel “countless welds,” and the company was able to make shapes from steel that would seem impossible and perform “to a high level of accuracy.”

“When approaching projects, we utilize the hundreds of years of experience between our shop and office staff as well as our vast database of bending theory and results,” Smith said. “Together, we can determine the best bending method to result in the highest level of quality. Experience, equipment and expertise are critical to our bending success and customer satisfaction.”

Albina's many staircase projects include the Capital Visitors Center in Washington, D.C., and a new staircase for the Space Needle observation area, which was transported in pieces via the Needle's elevators.

While the company does steel bending and rolling projects across the U.S. and Canada, a majority of its work is in the western half of these countries. In the last five to 10 years, the popularity of steel has made for a booming business at Albina, Smith said.

The company moved from the Albina district farther out on Portland's Eastside, and increased its plant floor space by 32,000 square feet.

John Smith did not start the company, but was its first employee in the late 1930s, and bought out the surviving partner in the early 1950s. Brian Smith's father, Bill Smith, took control of the company in 1989, after working with his father since the late 1960s. Bill Smith passed away in early 2011, shortly after retirement.

A graduate of the University of Colorado, Brian Smith studied small business management before working his way up the management ladder at Albina.

He said he still hopes to show off the Model T transmission machine.

“The machine resides in our yard currently, with plans to put it on display in our facility as the oldest piece of history at Albina,” he said.