‘World's most sophisticated roadway' to be built in Mich. 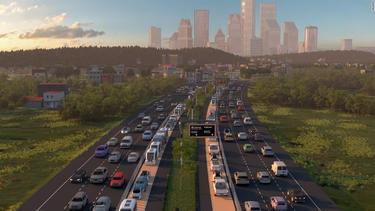 The project is being led by a company called Cavnue, which will start the study by running autonomous vehicles with human backup drivers along I-94 and U.S. 12 to collect data.

LANSING, Mich. — The state of Michigan and some private partners are taking steps toward building or assigning dedicated lanes for automated vehicles on a 40-mile stretch of highway between Detroit and Ann Arbor.