Olive Way back in alignment by convention center 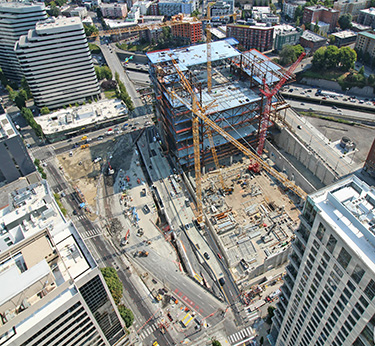 Photo courtesy Oxblue and Clark/Lewis [enlarge]
Olive Way was rerouted for nearly two years in this arc. The original alignment was restored earlier this month.

Two lanes of Olive Way between Ninth and Boren avenues were restored to their original alignment earlier this month after nearly two years of rerouting to make way for the Summit building addition to the Washington State Convention Center.