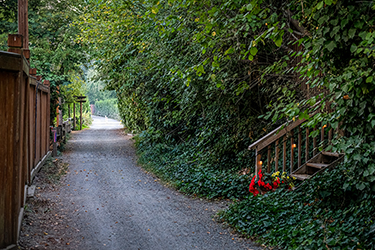 Photo by Eli Brownell/King County Parks [enlarge]
This part of the trail, with an interim gravel surface, will soon be under construction. 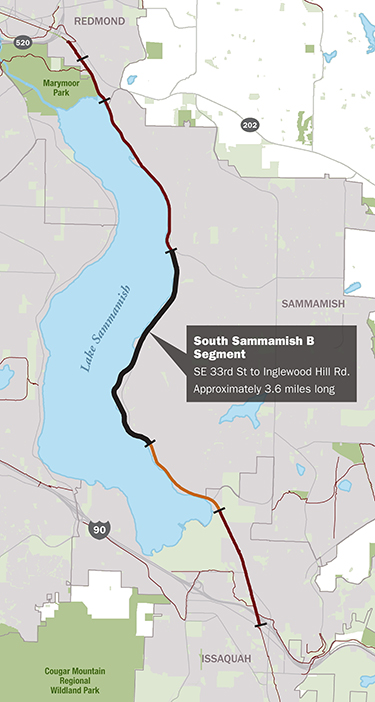 Graphic from King County Parks [enlarge]
B Segment is about 3.6 miles along the east shore of Lake Sammamish.

King County later this month will likely award a $12.28 million contract to Johansen Construction Co. of Buckley to build the initial phase of the B Segment of the East Lake Sammamish Trail.

King County's project website says B Segment is the longest and most complex section of East Lake Sammamish Trail — with steep slopes, limited access, close proximity to property owners, and many wetlands and streams.

Johansen was one of just two bidders for the first phase of work. The other was Active Construction of Tacoma, with a bid of $15.19 million. The engineer's estimate was $11.98 million.

Johansen's bid is under review and an official award is expected by the end of the month. Construction would follow in June, with completion by the end of 2022.

The second phase is estimated to cost $13.26 million and the county expects to advertise for a contractor in August or September. This work could begin in late fall this year and finish by the end of 2023.

East Lake Sammamish Trail follows a historic railroad route along eastern shore of Lake Sammamish through the cities of Redmond, Sammamish and Issaquah. The county bought the corridor in 1998 and built an interim gravel trail that opened in 2006. Current work is funded by the county's parks levy that was passed by voters in 2019.

Parametrix is the design consultant for the project.