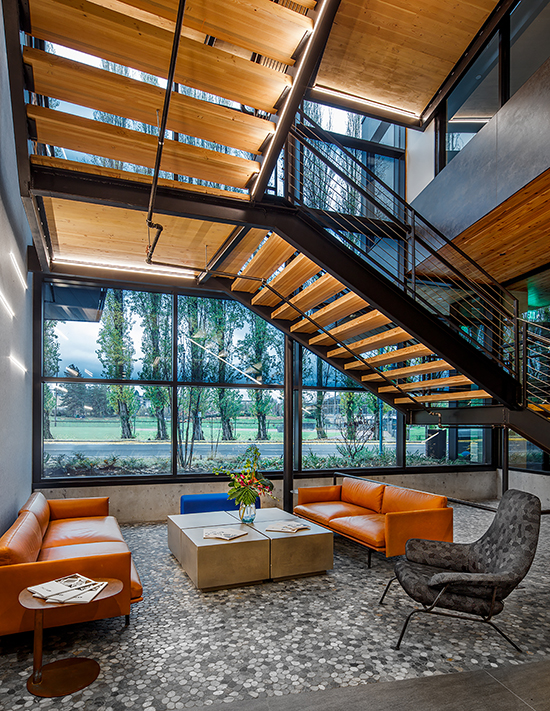 Parque Kirkland is a high-tech, high-end mixed-use project with forward-thinking features throughout. The 151,454-square-foot LEED Gold project includes 70 luxury apartments, shared amenities, and 17,613 square feet of retail. Parque is the first mixed-use project to utilize electrochromic glazing on all exterior windows. Residents can reduce energy usage and heat loss by controlling the tint level of their windows via a smartphone app. A central grand staircase is visible through the five-story curtain wall, connecting the street to a rooftop terrace and acting as a focal point for the project. A stacking automated parking system, also controlled by smartphone, accommodates parking for the building. Unique amenities include a grotto and wine bar area designed by Dillon Works, and a rooftop amenity space with electrochromic glass that can convert to television screens on demand. Like other projects for this developer, the focus is on high-quality materials, sustainability and lasting design.