Chambers Creek treatment plant is an APWA Project of the Year 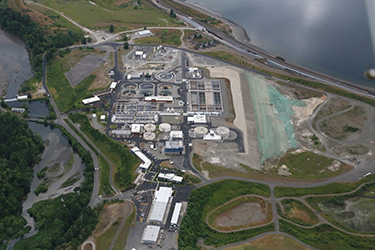 The American Public Works Association gave a Pierce County project one of its Project of the Year awards.

The $342 million expansion of Chambers Creek Regional Wastewater Treatment Plant won among environmental projects costing more than $75 million. This award is for management and administration.

All components of the plant — some that date to the early 1980s — were enhanced or upgraded to increase capacity by 50 percent, to 44 million gallons per day. The footprint of the plant expanded from 49 to 89 acres.

The expanded plant is designed to meet projected population growth through 2040. It serves University Place, Lakewood, DuPont, Steilacoom and part of Tacoma, as well as Parkland, Spanaway, Midland, South Hill and Frederickson.

The project was completed under budget.