At the Movies: ‘Upside': a cliche-ridden and embarrassing mess 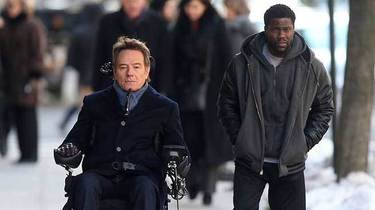 The film stars Kevin Hart as a lazy, skirt-chasing ex-con hoping to reconnect with his estranged wife and son. He accidentally gets a job taking care of an obscenely wealthy New York businessman who became a paraplegic while hang gliding, played by Bryan Cranston.

It's said that January is one of the prime months that Hollywood chooses to dump its most embarrassing films and “The Upside” doesn't exactly disprove that notion.