Stars to come out to support NYC’s The Public Theater 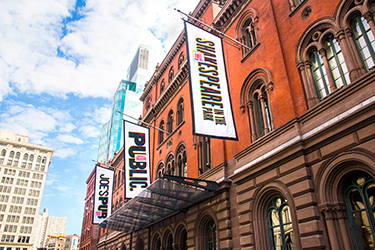 Photo from publictheater.org [enlarge]
The off-Broadway non-profit The Public is an artistic powerhouse, premiering the musical “Hair” in 1967, nurturing such works as “Fun Home” and incubating the mega-hit “Hamilton.”

NEW YORK — Jesse Tyler Ferguson is a star in his own right but even he has had to gulp at the wattage on tap for the upcoming benefit for New York City’s fabled Public Theater.