At the Movies: Live-action ‘Mulan' is gorgeous but short on magic 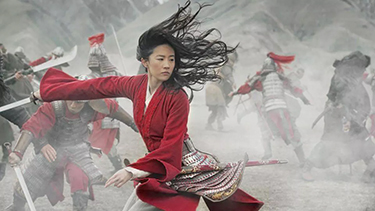 Make no mistake, director Niki Caro's “Mulan” is without a doubt one of the best of the remakes. It is stunning to look at from beginning to end.

Out of all of Disney's animated films, “ Mulan ” was the one that made the most sense as a live-action remake. Not that there haven't been good and charming live-action remakes over the past decade — Kenneth Branagh's “Cinderella” being at the top of the pack — but with most of them no matter how expensive or carefully executed or reverent to the source material, I usually walk out wishing I'd just watched the animated version instead.