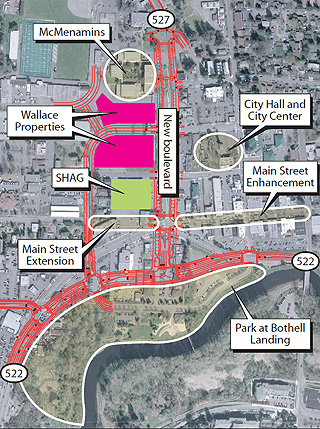 [enlarge]
The $90 million city campus is part of a larger project the city calls Bothell Landing. Several public and private projects are expected.