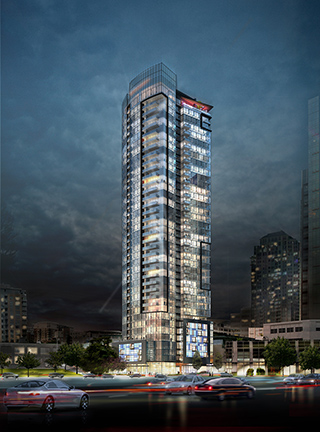 Boston-based GID Development Group has started building 355 apartments in a 41-story tower in the Denny Triangle.

The site is at 2030 Eighth Ave., across the street from where Amazon.com will build the first phase of its 3.3 million-square-foot new headquarters.

The GID tower will have 4,200 square feet of retail and 242 parking spaces.

The units will open in May 2015. GID is marketing the project to affluent people who want to be near transit and job centers.

“Seattle is a priority market for us due to its strong employment growth, highly educated workforce and remarkable urban lifestyle,” said James Linsley, GID president. “The location of this project at the intersection of South Lake Union and downtown Seattle's office and retail core, combined with the superior level of amenities and finishes, makes this a unique and highly desirable development opportunity.”

Weber Thompson is the architect and Sellen Construction is the general contractor. 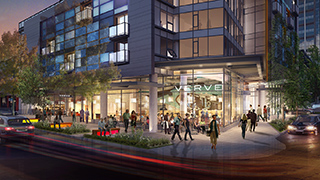 GID representatives said the building will offer the “most comprehensive amenity program in the marketplace”: a fitness room, yoga studio, private training space, demonstration and catering kitchens, a private function room, film room, and a bar and game lounge.

An outdoor terrace will have water features, fireplaces, cooking spaces and multiple lounges. Residents can use a bicycle center with a storage room, and space for maintenance and repairs.