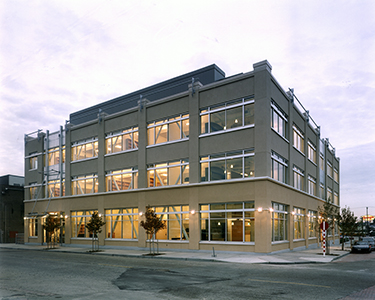 University of Washington School of Medicine has a long-term lease and is the only tenant in the building, which was renovated in 2000.

At the time, Vulcan had no in-house development team and worked with Schnitzer West to turn the 1928 warehouse into biotech space.

The Rosen Building is URG's first purchase in South Lake Union and its first biotech building. URG founder and CEO Pat Callahan said this will be a long-term hold, and is part of an ongoing effort to diversify the company's portfolio.

URG owns four other properties in this region: Joshua Green Building and Plaza 600 in Seattle; Island Village Shopping Center on Bainbridge Island; and Bridal Trails Shopping Center in Kirkland. It also owns a six-story office building in the Portland suburb of Lake Oswego called Five Centerpointe, and is working with Clarion Partners to turn The Oregonian's former Portland headquarters into 170,000 square feet of creative office space.

Last year, URG acquired Touchstone, one of the more active developers in this region.