Urban Union gets $88M in financing 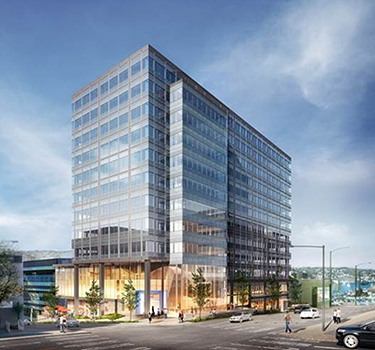 HFF said it arranged an $88 million construction loan for Schnitzer West’s Urban Union, a 291,000-square-foot office project that is under construction in South Lake Union.

The 12-story building at 501 Fairview Ave. N. topped out last month and is set to open next March. HFF said Schnitzer West is in discussions with several possible tenants about leasing space in the project. Michael Tepedino, Jennifer Keller and Tom Wilson led the HFF debt placement team, and Blackstone Real Estate Debt Strategies and Bank of the Ozarks provided the construction financing.

CollinsWoerman is the architect on the project, and Sellen Construction is the general contractor. Oscar Oliveira and Damon McCartney of The Broderick Group are the brokers.