Next up for Westbank in Seattle: 46 stories with a Buckyball on top 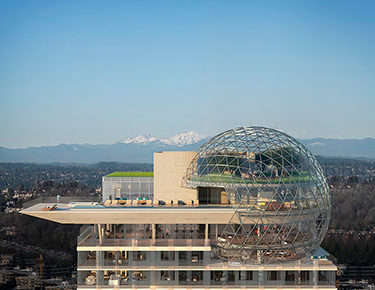 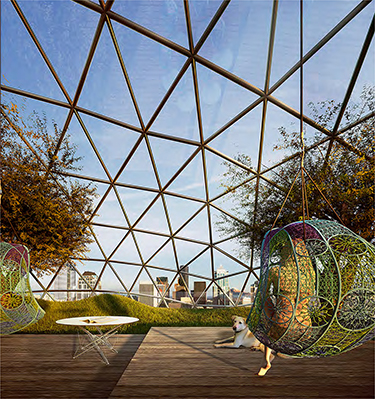 [enlarge]
The design was influenced by Buckminster Fuller and the sphere he created for Expo 67. Spherical shapes are often called Buckyballs in his honor. 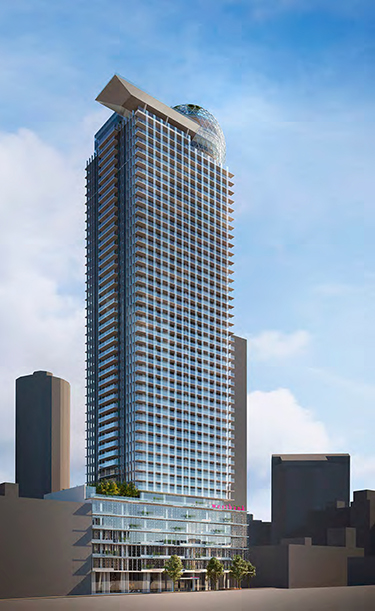 [enlarge]
The preferred design shows 453 apartments on the upper 38 levels, office space on six levels, and retail on the first and second levels.

Developer Westbank and James K.M. Cheng Architects are designing a 46-story tower for a site at 2000 Third Ave. and they want to put a 68-foot-diameter sphere — and a cantilevered pool — on the roof.

The site is at the northeast corner of Third and Virginia Street, presently a surface parking lot. An LLC associated with British Columbia Investment Management Corp. acquired the 19,440-square-foot property in 2013 for $17.75 million. The seller, Investco, had prepared and abandoned plans for a hotel and residential tower there.

The current owner is listed as Virginia Street Joint Venture LLC, with Westbank as its governor. Westbank and Cheng are both based in Vancouver, Canada.

The initial program for what is called 3rd & Virginia is a mixed-use tower, with 453 apartments above office and retail space. It would have underground parking for 372 vehicles on seven and one-half levels. Parking would be accessed from the alley to the east.

Westbank's preferred design scheme shows the upper 38 levels would be apartments. Below that would be 103,480 square feet of office space on six levels. About 22,000 square feet of retail would be on the first and second levels.

Atop the podium, which would match the height of the YWCA building to the north, office workers would have terraces and decks.

3rd & Virginia is using HALA incentives to get above the site's 400-foot zoning. With other code allowances, the tower could be 499 feet tall.

The most striking feature would be on the roof: a large geodesic sphere, inspired by Buckminster Fuller.

The design proposal states that the tower would culminate “in a spectacular rooftop domed screen” that would house amenity spaces as well as mechanical equipment. Amenities inside the four-level dome would include a garden, gym, cantilevered swimming pool, lounge and decks.

Westbank and Cheng cite the influence of Buckminster Fuller and his Montreal Biosphere, which was created for Expo 67. Such spherical shapes are often called Buckyballs in his honor.

The rooftop dome isn't designed to be a fully enclosed sphere, but it is considerably larger than a hemisphere.

Westbank was founded in 1992 by Ian Gillespie, and says it has $25 billion in projects completed or under development in North America.