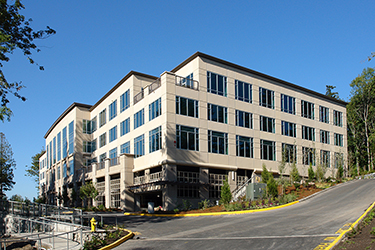 Redmond Technology Center, at 18300 Redmond Way, has sold for almost $37.6 million, according to King County records. The seller was a venture of Bethesda-based Ascentis Real Estate Partners and Dallas-based Transwestern Investment Group. A related LLC acquired the property in 2016 for $30.2 million.