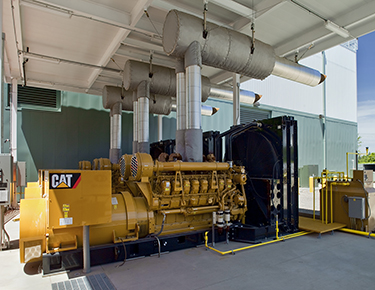 Wood Harbinger’s electrical engineering and power systems expertise provided the University of Oregon with a primary electrical service substation and co-generation system that can generate power directly to the campus grid as well as to the public utility district grid. This was a hugely complex undertaking, requiring a very intricate electrical control and protection scheme.

Wood Harbinger provided investigation, modeling and design solutions that demonstrated new and innovative techniques that went beyond the typical design solutions for implementing this co-gen application. The solutions had an immediate effect on university expenses, saving $700,000 in energy costs in the first six months of operation.

Typically, co-generation projects of this magnitude would connect directly to the local PUD’s grid. However, to realize significant financial savings, the co-generation connected directly to the university’s power grid. This added a significant number of variable components such as sources, segments and loads that transform a simple protection scheme into a very complex configuration.

The model enabled Wood Harbinger to predict the settings for the protective control devices and programmable controllers, ultimately proving to the university that direct connection of the co-gen to the campus grid would be a success.

The University of Oregon’s new co-generation and electrical distribution system allows a reduced dependency on the local utility and adds several levels of reliability and protection to the campus. This project solution has allowed the university to financially offset a majority of the electrical power purchased from the utility, providing significant long-term savings.