Already facing an uncertain future amid ongoing restrictions related to the virus, owners must figure out how to rebuild or relocate their companies.

An apartment building at 6714 Greenwood Ave. N. sold for almost $2.4 million, according to King County records.

The former Market Street restaurant, at 1720 Market St. in Kirkland, sold for a little over $3.1 million, according to King County records.

An apartment building at 1122 N. 180th St. sold for $4 million, according to King County records.

Curfews give sweeping powers to cops, but are often flouted

By JEFFREY COLLINS and MICHAEL SISAK

Hundreds of cities have imposed curfews to keep the peace during a week of violent unrest across the U.S., employing a tactic that gives law enforcement sweeping arrest powers but is frequently flouted and criticized as being unconstitutional.

Opposition to land sale in Everett

Some Everett residents oppose the city's plan to declare a wooded area as surplus with the intention of selling the property. 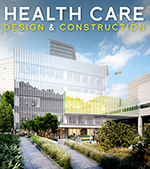 If you have news about your company -- a new hire, new office or a promotion -- we want to know about it. Click here to send your news to the DJC.