Maritime Building: Is it a landmark? 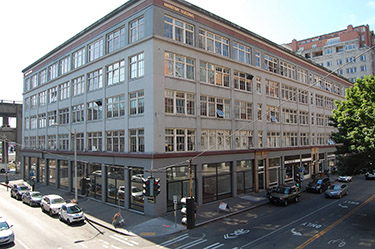 On Nov. 18 Seattle's Landmarks Preservation Board will consider whether the Maritime Building at 911 Western Ave. is a city landmark.

Beacon Capital Partners recently bought the 1910 building and plans a full renovation. Tenants have been notified that they must move out, and construction is expected to start by March.

Beacon requested a ruling from the board, which owners sometimes do if they are considering renovation or a redevelopment.

A designated landmark cannot be altered or significantly changed without the board's approval, and may be demolished only if the owner can demonstrate there is no reasonable economic use.

In 2009, the board denied a request to designate the Maritime Building as a city landmark, but such determinations sunset after five years.

E.W. Houghton designed the building, which was originally known as the Pacific Warehouse Building, according to information filed with the board. The structure was sold to the Maritime Corp. in 1942, and has housed everything from industrial businesses to offices.

NK Architects prepared the latest landmark nomination application, which is at http://tiny.cc/zw1c5x under “current nominations.”