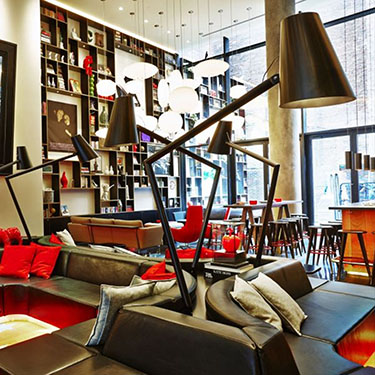 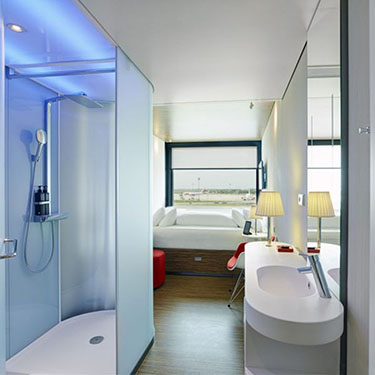 A chain called CitizenM says it wants to build a new hotel in South Lake Union and promises luxury “for a more affordable price than you'd expect.”

CitizenM filed documents with the city of Seattle for a seven-story, 200-room hotel at 201 Westlake Ave. N. Gensler is listed as the architect.

CitizenM started in 2005 in the Netherlands, and now has hotels in London, Paris, Glasgow, Amsterdam, Rotterdam and New York.

The hotels have tiny rooms but stylish lobbies filled with comfortable furniture. They offer 24-hour food and drink sales, and amenities such as free Wi-Fi, check-in kiosks and room controls you operate with an iPad.

The goal is to appeal to “mobile citizens” who are tech-savvy and prefer urban, contemporary settings.

A room tonight in New York's Times Square costs $152.15, according to the CitizenM website.

CitizenM acquired the South Lake Union site earlier this month for $10.6 million. The seller was San Francisco-based MacFarlane Partners, which had been planning a 77-unit apartment building with 4,200 square feet street-level commercial space.

MacFarlane purchased the property in 2013 for $5.55 million.

A 13,000-square-foot, single-story building would be demolished.

The hotel site is across the street from 202 Westlake, which houses Amazon.com offices.

There are other hospitality projects planned for South Lake Union including a two-hotel complex with 235 rooms at 527 Fairview Ave. N. to be developed by InterContinental Hotels Group and Noble Investment Group. Stonebridge Cos. is planning a 146-room hotel at 1016 Republican St., and R.D. Olson Development is planning a 113-room hotel at 753 Ninth Ave. N.