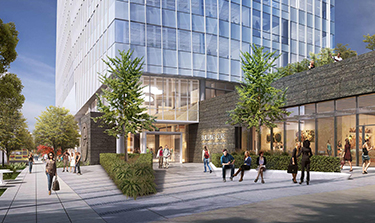 Images courtesy Aedas and studio216 [enlarge]
The ground floor could have a museum, cafe, forum, classrooms and outdoor galleries. 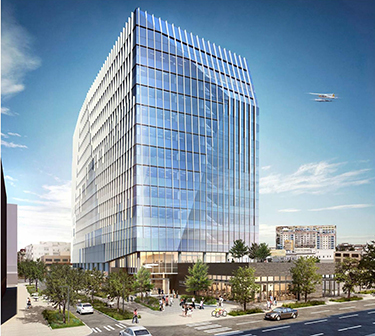 Seattle Children's Research Institute needs more space, and one option — a new building at 1920 Terry Ave. — is moving through the permitting process.

A design review recommendation meeting is set for next week on the project, known as Building Cure. The latest plans call for a 13-story building with 380,000 square feet above ground, with another 40,000 square feet of research space and parking for about 300 vehicles in four underground levels.

Seattle Children's owns the half-block site and also controls the parcel north of the site, according to project documents. No plans have been filed with the city for that site, which is referred to as “future RB4” in documents for Building Cure.

Seattle Children's said in a statement the new building is one of several solutions it is considering for expanding research.

It is working through the master use permit pre-application with the city so details about Building Cure are not final. Seattle Children's said it has no timeline for construction and more work to do before picking an option.

The ground floor could have a museum, cafe, forum, classrooms and outdoor galleries.

The institute now occupies about 330,000 square feet in three adjacent buildings downtown and at Seattle Children's main hospital in Laurelhurst. All the space in those buildings is full.