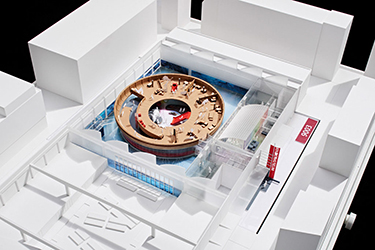 Photos by Yves Sucksdorff/ Jewish Museum Berlin [enlarge]
This is Olson Kundig’s model for a childrens museum in Berlin. 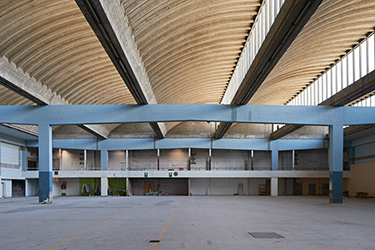 [enlarge]
The space assigned to the Kindermuseum was once a flower market.

Olson Kundig is negotiating a contract with the museum for the next design phase. Construction is set to begin in mid-2018, with the opening slated for 2019.

The competition concept set by the Jewish Museum Berlin was the story of Noah's Ark, because the flood narrative is deeply rooted in Abrahamic cultures.

In a press release, Olson Kundig said its design includes interactive installations that appeal to the imagination, while scientific elements develop the flood narrative's thematic diversity.

The site is part of an artistic and creative center on the museum's Berlin campus. The space assigned to the Kindermuseum is in the Eric F. Ross Building, a concrete and glass structure built in the 1960s that was once a wholesale flower market.