UW station, winery among the NW winners of 2017 architecture awards 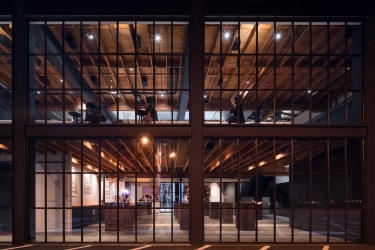 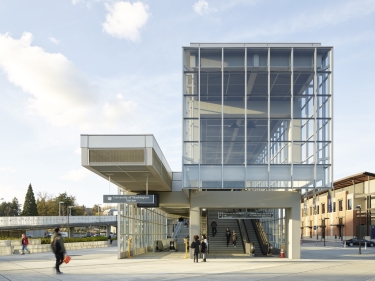 Photo by Kevin Scott [enlarge]
The UW station was designed by LMN Architects.

Several buildings designed by Northwest firms were among 79 that won 2017 American Architecture Awards.

The awards were announced last week by The Chicago Athenaeum: Museum of Architecture and Design, and The European Centre for Architecture Art Design and Urban Studies.

The program is in its 23rd year. Some of the projects have not been built.

Here are the winners from Northwest:

• Little House in Seabeck by mwworks

They were selected from a shortlist of 300 buildings and urban planning projects.

In a press release, Christian Narkiewicz-Laine of The Chicago Athenaeum said: “The selected buildings and urban planning projects uniquely and sensitively reconcile the principles underlying architectural design with the rapid technological advancements and the modernization of our

society today. This year, there was a considerable emphasis on restoration, renovation, and adaptive re-use as the Green Revolution continues to impact cities and the buildings in which we live, work, pray, and become educated and culturally refined.”

On April 27, The Chicago Athenaeum will host an awards ceremony at Orlando Museum of Art.

The program is part of an effort by The Chicago Athenaeum and the European Centre's to identify and promote best practices in architectural development and to bring a global focus to the best new designs from the U.S.