Graduate Seattle opens in U District 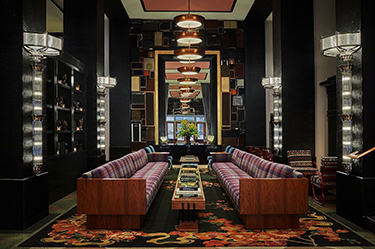 Graduate Seattle is open at 4507 Brooklyn Ave. N.E., in the former Hotel Deca in the University District.

Graduate Hotels purchased the 16-story building last year for $44.6 million, and just completed a full renovation of its 158 guest rooms and 5,500 square feet of meeting space.

The in-house design team worked to update colors and finishings, while retaining some of the 1930s Art Deco style — with touches like scalloped headboards and checkered floors.

New details include artwork featuring Seattle history and local celebrities, as well as the University of Washington.

The hotel first opened in 1931 as the Edmond Meany Hotel. It was designed by architect Robert Reamer, and was one of the first in the area to be built with poured concrete.