By PHIL BROWN
Editor and Publisher 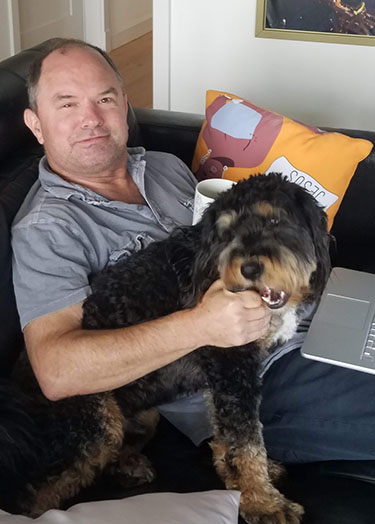 Long-time Daily Journal of Commerce IT director John Elliott suddenly passed away late last month. John suffered a heart attack while hiking with friends in the Yakima area. He was 57 years old. He was a wonderful, generous and kind father, husband, friend and coworker who will be greatly missed by those who knew him.

John had been with the DJC for over 30 years going back to the days before the internet was in common use. John helped get the DJC online in the 1990s using a dial-up system. Soon after, the DJC decided to convert our dial-up customers to the Internet. We often called it the World Wide Web back in those days. As with any change, some customers preferred to stick with dial-up. Eventually all those customers were converted and we added thousands of additional users to https://www.djc.com !

It was a big success and the DJC became one of the first publications in the nation with an active, paid internet site. John was a self-taught programmer and his wide ranging technology skills helped make the DJC a leader in our field.

Over the years, John completed many tech projects here while fixing our computers and installing our software updates.

“John was a great guy to work with, he could take your ideas and turn them into reality. Over the years we improved every aspect of the Public Notice department and also added things new to the DJC, like our Basketball tournament contest and the DJC Building of the Year. He was also a good friend, ” Jeff Mosely, manager of the Public Notices department, said.

He was also my cousin and friend. A guy to talk sports with and go on golf outings.

John was an active guy with many interests: cars, boating, music, RC planes, Hawks and Dawgs and recently hockey. He loved spending time with his family.

A Bainbridge Island resident, John is survived by his wife Sally, daughters Lauren and Audrey, his mother Lee, his father Ken and brother Kenny.