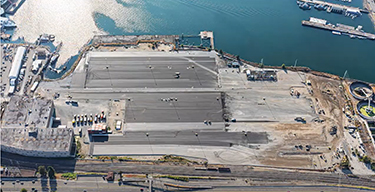 Last week the Norton Terminal officially opened at the Port of Everett. The terminal, which cost $40 million, is the first all new cargo terminal to open on the U.S. West Coast in more than a decade.