Tracking near-miss incidents can make jobsites safer, and now there's even an app for that

When a forklift driver is going a little too fast or when a trench on a construction site is left unfenced, managers should be told. But they aren't always.

A Kansas City, Missouri, company called Mobile Innovations has developed what it says is an easy way to get that reporting done.

It licenses a product called WorkplaceAware that allows employees to use smartphones to create those reports using an Internet application it developed, said founder and CEO Rob Sweeney. 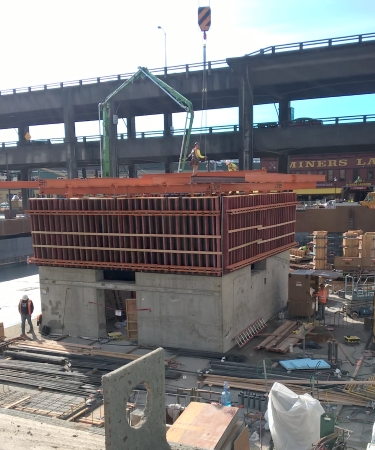 Photo by Benjamin Minnick [enlarge]
Jobsites are often congested with materials and workers.

“We make it really easy for them to pull out their phone and tap an app,” he said. “It guides you right through the report.”

The report (including a photo of the incident) is sent to an online dashboard that can immediately notify managers via smartphone or email that a report has been filed. The dashboard pinpoints on a map where the report was filed, by whom and when.

Companies can use that information to address problems immediately, and over the long term categorize reports and spot trends in what the industry calls near-miss incidents, said Sweeney, who founded Mobile Innovations in 2003. They can create specific incident categories germane to their business, such as slip and falls.

WorkplaceAware cost $2,995 a year to license for a company with up to 500 employees.

Sweeney said the Occupational Safety & Health Administration defines a near-miss as an unplanned event that does not result in illness, injury or damage, but has the potential to do so.

Reporting is important, he said. According to the Heinrich Triangle, which was developed by a safety manager decades ago, for every 300 near misses, you get 29 minor injuries and one major injury.

Sweeney said companies should have a culture of safety that encourages reporting of bad behavior or conditions so they can be corrected.

Firms can cut down on workers' compensation claims and lawsuits by addressing the near-misses, he said. Also, companies with a safety reporting system in place can get a 15 percent reduction in OSHA fines for workplace safety violations.

Sweeney said many firms have workers fill out near-miss reports at safety offices away from the jobsite, which for construction projects could be at the top of a building. This discourages reporting, he said.

“It causes them to disrupt their normal work day to file that,” he said. “If they wait until later they oftentimes just forget and decide to put it off and not report.” 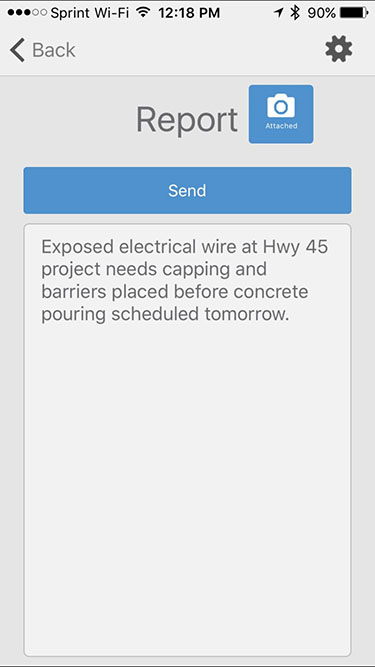 With traditional reporting, there's also lag time from the filing to when the manager hears about the incident, he said.

With WorkplaceAware, employees file the reports using iPhones or Android-based smartphones. Sweeney said many people are accustomed to using those phones, so they are more apt to report an incident.

WorkplaceAware has about 30 clients that include manufacturers, construction companies, education organizations and local public works departments.

Its construction company clients include McCownGordon Construction of Kansas City, Missouri, and D'Allessandro Corp. in Boston.

The year before they got the WorkplaceAware app, nine near-miss reports were filed. In the first quarter with the app, 35 reports were logged, Sweeney said.

One WorkplaceAware client was getting near-miss reports of forklifts almost colliding at one end of a warehouse at the same time of day. It found that sun was coming in from an upper window creating a blind spot, Sweeney said.

He said WorkplaceAware has competitors that license other online near-miss reporting products and some companies have their own in-house safety reporting that uses the Internet.

Sweeney said he has been in the technology industry since the 1980s, primarily in electronic payments and online banking. While working for Palm Computing, which developed the Palm Pilot, Sweeney said he realized text messaging would be big some day.

So he quit and created a company that developed TextCaster, a mobile app used to notify people of events or issues, such as snow days or incidents at schools. That company became Mobile Innovations and it developed WorkplaceAware.