Worldwide, an increasing number of concrete structures are suffering from deterioration that can cause unsightly cracking and spalling of cover, and potentially structural distress. Additionally, the high cost of repairing, maintaining or replacing these structures is exceedingly burdensome on building owners, departments of transportation and the insurance industry.

In Europe, Japan, Korea, Thailand and the U.S., the annual cost for concrete repairs has or will soon exceed that of new construction. Countless materials and techniques are used in practice to meet the demand for rapid, inexpensive and durable concrete repairs. However, few of these target an inherent shortfall of concrete as a brittle material which cracks in many applications due to restrained shrinkage or thermal changes, resulting in delamination, corrosion and spalling. To prevent this, a more ductile concrete composite has been developed to suppress cracking and avoid subsequent failure. 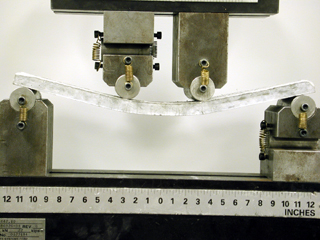 Photo courtesy of Li, Fischer, Lepech & Associates [enlarge]
ECC, or bendable concrete, can be deformed up to 5 percent under tension.

This new class of composites has been designed to meet the seemingly contradictory requirements of limiting cracking for durability while providing high deformation capacity to meet the requirements of thermal expansion, drying shrinkage deformation and structural safety. Called engineered cementitious composites (ECC) — or “bendable concrete” — this type of ultra-ductile high performance fiber-reinforced cementitious composite (HPFRCC) exhibits many of the characteristics sought for a higher performing concrete material.

ECC is similar in composition to typical fiber-reinforced concrete. It is a mixture of cement, sand, water, fiber and a small amount of commercial admixtures. Due to their adverse effect on performance, coarse aggregates are not used.

While the constituents are similar to concrete or other fiber-reinforced concretes, ECC material properties are considerably different. Developed through micro-mechanical tailoring of the components (i.e. cement, sand and fibers), ECC exhibits mechanical properties unique among cement-based composites. Most distinctive is an ultimate tension deformation of 3 percent to 5 percent, depending on the specific ECC mixture. This capacity, more than 300 times that of normal concrete, is realized through the formation of a large number of closely spaced micro-cracks under load, allowing the material to deform similar to ductile metals. This behavior enables ECC to undergo large deformations from a number of sources — including applied loads, thermal length changes or shrinkage — without forming large cracks and subsequent failures.

Unique micro-crack formation is a hallmark of ECC materials. Rather than forming large cracks on the order of 10 to 25 mils as in traditional reinforced concrete, ECC forms a large number of micro-cracks, thereby improving durability and aesthetic appearance even after cracking. 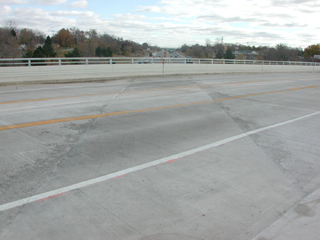 Once an ECC crack width of roughly 2 mils is reached at 1 percent tension deformation, further stretching is accommodated by formation of additional micro-cracks until the material is saturated with cracks between 3 percent and 5 percent tension deformation. As mentioned, this inherent “steady-state” crack width of 2 mils is ideal for durability, exhibiting a water permeability coefficient that is similar to un-cracked concrete. At such small widths, this cracking pattern is also well suited for architectural elements since the cracks are difficult to see at a short distance and can be easily painted.

The large tension deformation capacity and tight crack widths provided an ideal material to conceal further alkali-silicate reaction deterioration over time. The repair consisted of removal of paint and surface roughening through grinding. This was followed by the installation of a rough wire mesh over the wall face to help with placement of ECC during the repair. Finally, a 2- to 3-inch-thick layer of ECC was applied to the wall surface. To date, micro-cracks less than 2 mils in width are the only surface damage observed in the reconstructed ECC surface.

The first demonstration project using ECC in the United States was performed in 2002 in cooperation with the Michigan Department of Transportation for bridge deck repair patching. A two-lane bridge over M-14 outside of Ann Arbor, constructed in 1976 and consisting of four simply supported steel girders, was selected.

To contrast the performance of traditional concrete and ECC patching technologies, the patching area was split between a standard high-early-strength concrete patch material and ECC. This allowed for a unique comparison between materials by subjecting them to identical environmental and traffic loads. 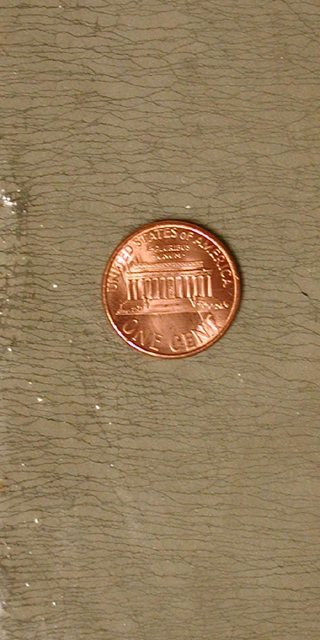 [enlarge]
Micro-cracks in ECC take the place of larger cracks, allowing it to match un-cracked concrete in water permeability.

Since installation, cracks have developed in both the ECC and high-early-strength concrete patches. Monitoring of the latter patch was discontinued after cracks exceeded a width of roughly 150 mils after one year. That patch was replaced after two years of service.

To date, the ECC patch cracks have remained approximately 2 mils in width, effectively distributing shrinkage and thermal deformations throughout the patch rather than forming large cracks, thus extending the durability of the deck.

To combat the continuing problem of deteriorating and leaking expansion joints on highway bridges, in 2005 the Michigan Department of Transportation completed construction of a demonstration ECC bridge deck “link slab.” An ECC link slab removes a traditional steel bridge expansion joint by replacing a portion of the each adjacent bridge deck with a section of ECC material over the joint, forming a continuous deck surface.

The unique capability of ECC material to deform between 3 percent and 5 percent in tension while maintaining low crack widths allows the ECC link slab to accommodate bridge deck thermal expansion and contraction while protecting the underlying superstructure and substructure from corrosives present on the deck surface. To date, the link slab is still in service on Interstate 94 and being evaluated under Michigan weather and traffic conditions.

When considering a new material like ECC for concrete repair, rehabilitation or new construction work, material cost is a major concern. One of the greatest advantages of concrete is the relatively low material cost. Based on material constituents and processing costs, ECC costs three to four times that of normal concrete. While this may seem high, the cost of the many specialized repair mortars and sealants can be as high as six or seven times that of normal concrete on a per-yard basis.

While the cost of concrete may be significantly less than ECC initially, it is crucial to look beyond initial material cost. Increasingly, building owners and departments of transportation are realizing that it is necessary to look to more durable materials, such as ECC, which drastically reduce the cost and frequency of repair, rehabilitation and replacement.

In this fashion, both new and rehabilitative construction can employ smarter life-cycle materials than previously used to achieve higher overall project performance, and ultimately lower cost.

Every member of the concrete building and repair community continually seeks better materials and technologies to carry out their work. ECC shows promise as a revolutionary cement-based composite with material behavior more similar to metals than brittle concrete. A number of field projects have been completed worldwide, some of which are highlighted in this article. To date, all projects are performing as expected.

Michael D. Lepech is an assistant professor of civil and environmental engineering at Stanford University and serves as the managing partner of Li, Fischer, Lepech & Associates, a firm specializing in civil engineering innovation using ECC materials and design concepts.