Smith wants to draw young people into the AGC

Gary Smith has been in the construction industry for 40 years and will use that experience to guide the AGC of Washington this year as its president.

“I’m feeling really good about the state of the organization as I’m coming into it,” said Smith, who is also president of Lease Crutcher Lewis in Seattle.

Smith said he wants to keep the association relevant to its members and to further engage them in its activities. To do that, the AGC will continue to offer services that attract a broad group of members, including younger people.

One method of getting younger members is through the Young Leaders Forum that was formed a few years ago. The forum targets those under the age of 40 who have seven to 10 years of industry experience. 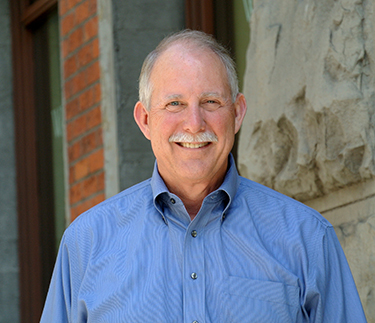 Smith said they also are seeking younger members for the board of trustees and various committees to get them more involved in association operations.

The association is working with the AGC Education Foundation to create more learning opportunities for younger workers. One example is the recently formed AGC Leadership Program, which provides training for mid-level managers who otherwise might only gain experience through on-the-job training in areas such as strategic planning and finance. Another program covers lean construction.

Attracting younger workers to careers in construction has been an industry-wide goal for many years. The AGC of Washington works with labor groups, governments and schools to promote the industry as a career choice.

“The big things that we can do as an industry are the outreach and the education,” Smith said.

Smith has chaired the AGC’s property committee for several years and will continue to keep the association’s biggest asset, the AGC Building on Lake Union, in top condition. He said some of the improvements made over recent years include an exterior paint job and interior renovations that turned a mostly unused second floor space into a hangout for tenants, with furniture and a pool table. Other improvements were made to the HVAC system, elevators and restrooms.

Smith said they also finished a multi-phase upgrade of the marina last year that improved electrical systems and docks.

“What’s amazing about that building, even in the depths of the recession, (is) I don’t think we went below 90 percent occupancy,” Smith said.

Smith grew up in Seattle and attended the University of Washington, where he earned a certificate in management. He said he enjoyed tinkering and building as a teenager, and loves the construction process.

He spent 20 years at his first job at Wright Schuchart before joining Lewis in 1996. At Wright Schuchart, the chief estimator taught Smith about estimating and issues related to construction in the field. Other mentors later taught Smith how to work with others, such as treating employees fairly and being consistent with them.

Smith got more involved in the AGC after he joined Lewis because Wright Schuchart didn’t use the association to bargain its labor contracts.

Smith said he can sit down with his competitors at the AGC and solve common issues. “I really enjoy the interaction I get working with my peers,” he said.

In his spare time, Smith likes to travel with his wife, Ann. He also scuba dives and has a trip planned in April to Cozumel, Mexico.

He said he is passionate about the marine environment, and was just nominated for another three-year term on the Seattle Aquarium board. He said the aquarium will play an important role in the redevelopment of the Seattle waterfront.