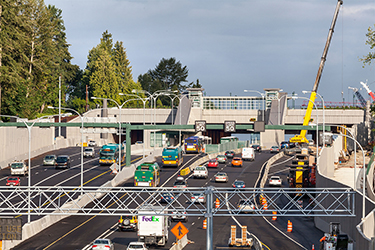 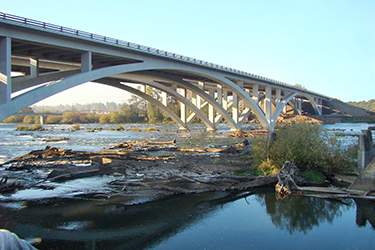 The Associated General Contractors of America calls it the “Oscars” of the construction industry.

Last week, the association picked the winners of the 2015 Alliant Build America Awards, and four Northwest projects made the list.

The AGC gave 23 Alliant and 11 Merit awards to projects across the country.

The new bridge between Eugene and Springfield was Oregon DOT's largest bridge project and the first to use the construction manager/general contractor delivery system. Twin bridges span 1,985 feet with 400-foot arches, making them the largest single-arch spans in the state.

The project was finished four months ahead of schedule and $15 million under budget.

OBEC Engineering was the lead engineer.

West finished 57 days ahead of schedule.

Donald A. Ramsey was the lead architect and Bob Hilmes of WSDOT was lead engineer.

The team worked with six cities and towns to obtain permits. The project was on time and on budget.

The first of a four-phase project to build an 80-mile rail extension from Fairbanks to Delta Junction. Phase one built a bridge over Tanana River in Salcha, an approach road and an associated 2.1-mile levee.