Old fire station could become a new hub for entrepreneurs 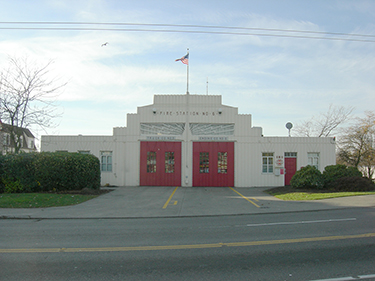 The Office of Economic Development issued a request for qualifications to study a proposal to turn the old station into a “cultural innovation hub” and cafe.

The proposal comes from the Black Community Impact Alliance.

The RFQ said the hub would focus on “culturally relevant programming and business development for entrepreneurs in the creative economics,” including areas such as music, film, gaming, fashion, food and industrial design.

The alliance said its goal is to expand opportunities for African-American entrepreneurs.

The group says on its website that the hub could be a place where mom-and-pop businesses could learn how to sell handmade products online, or a high school student could get help from volunteers at Amazon to create an app for her band.

The hub would be called the William Grose Center for Cultural Innovation, named after a African-American businessman who settled in Seattle in 1861 and purchased land in the area from Henry Yesler.

The alliance also proposes building a new structure behind the old station to house homeless youth.

The old Fire Station 6 is a historic landmark that was completed in 1932. The 8,100-square-foot building sits on a half-acre site.

The value for the consulting contract is up to $50,000. Work would involve studying issues such as renovation costs, space needs, revenue needs, and the feasibility of constructing the housing.

Qualifications are due by Dec. 4 to Mikel Davila in Seattle's Office of Economic Development. More information is available online at bit.ly/1HdtdQZ.