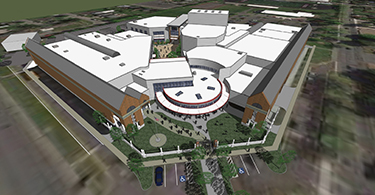 Voters in Tukwila School District will decide in February on three ballot measures, including one that has nearly $100 million for new and remodeled schools.

The other two measures would renew the operations and technology levies. The district says the four-year average tax rate would remain the same if all three measures pass.

Seven capital projects would be funded by $99.16 million in bonds that would be repaid over 20 years.

The largest project is a $34.3 million renovation and addition at Foster High School, which was built in 1992 and hasn't been renovated since.

Foster would get 16 to 18 additional classrooms either in a new annex, between existing buildings or in a two-story wing. The commons and office spaces would be expanded, and plans call for a new auxiliary gym, expanded weight room, upgraded HVAC system, new boiler and better security systems.

Construction at Foster would begin in March 2018 and finish in October 2019.

Another big project on the list is the Birth-To-Five Center, which would house all of the district's preschool and kindergarten classes. The $30.1 million center would have 28 classrooms and staff offices. It also would have space for prenatal services.

The district says it turns away state- and federally funded preschool classes due to a lack of space. The Birth-To-Five Center would free up classrooms at each elementary school in the district.

A district spokeswoman said they would like to build the center in a central location within the district's boundaries. The goal is to buy a site by August. Construction is scheduled from May 2018 to July 2019.

The district is seeking architects for the Foster High and Birth-To-Five Center projects. Qualifications are due Jan. 6 for both projects.

The third large project is a $19.8 million makeover of Showalter Middle School. That school was built in 1937 and last remodeled in 1996. Plans call for remodeling the lower level of Building B and adding an upper level. Also, the courtyard in Building B would be enclosed to create more classrooms.

Other improvements to Showalter would expand the gym, cafeteria and commons space; install new carpets, rooftop condensing units, a boiler and emergency generator; and add security systems. Construction is scheduled from May 2019 to July 2020.

The district has been working with KMB Design Groups on the bond package.

The district says the capital projects are needed to alleviate overcrowding and reduce the use of portables. Enrollment is expected to increase by as much as 44 percent over the next decade.