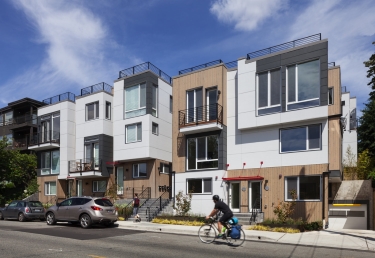 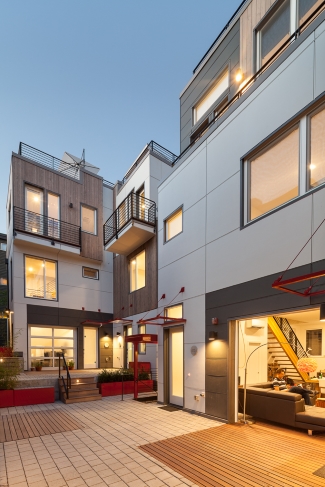 SolHaus, an “ultra-green” townhome development on Capitol Hill, won a Green Home of the Year award from Green Builder magazine.

The 10-unit project at 410-416 12th Ave. E. won the category Best Urban Infill Project. Homebuilder Cascade Built and b9 architects led the project team and were co-developers. It was finished last year and all units were sold before the grand opening.

Townhomes are clad in a mix of reclaimed barn wood and modern materials. They range from about 1,400 to just over 1,700 square feet, in two- and three-bedroom configurations with two and two-and-a-half baths. Units have large windows overlooking a common courtyard, double-height spaces and private rooftop decks. Some have transparent roll-up garage doors to connect interior space with the outdoors.